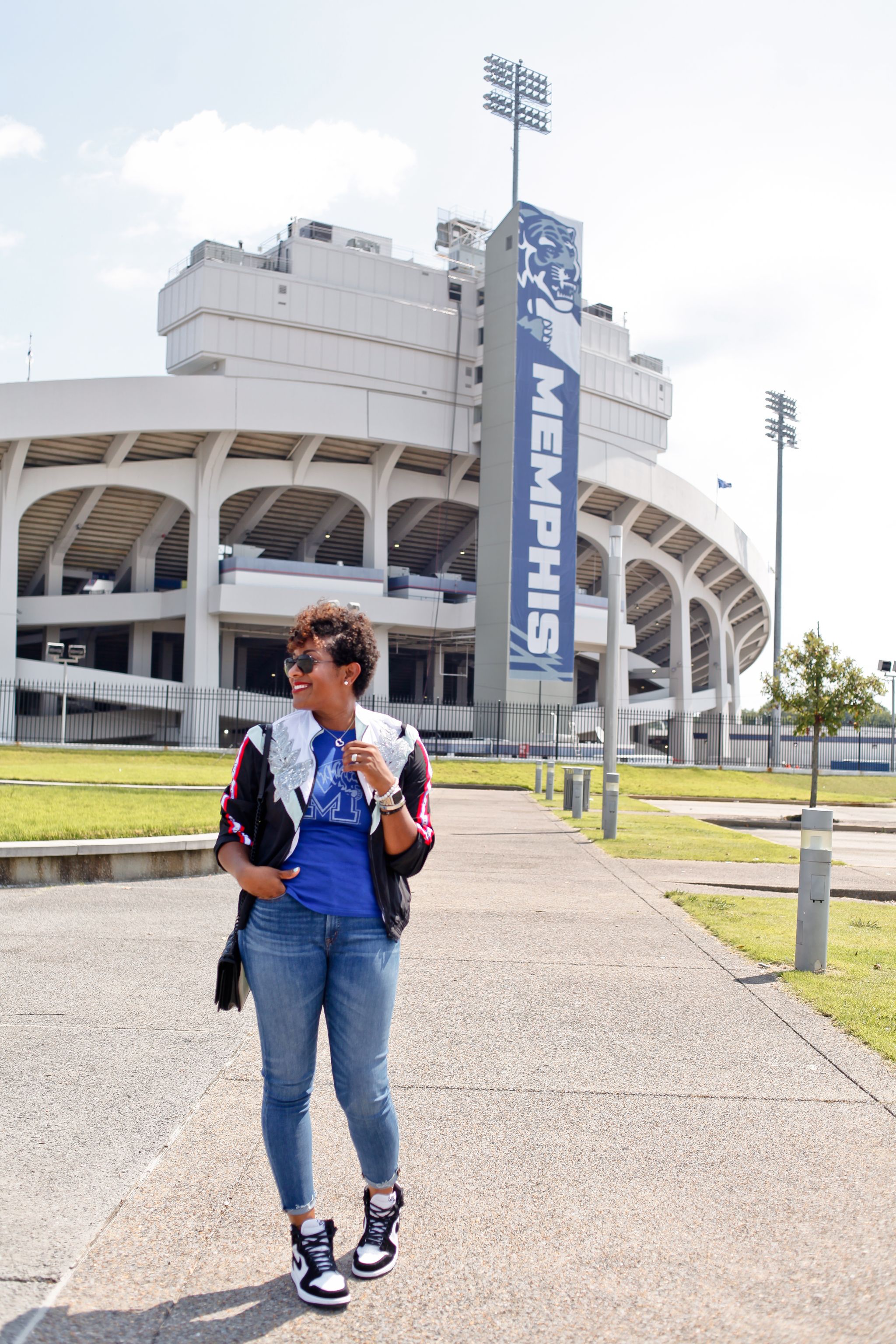 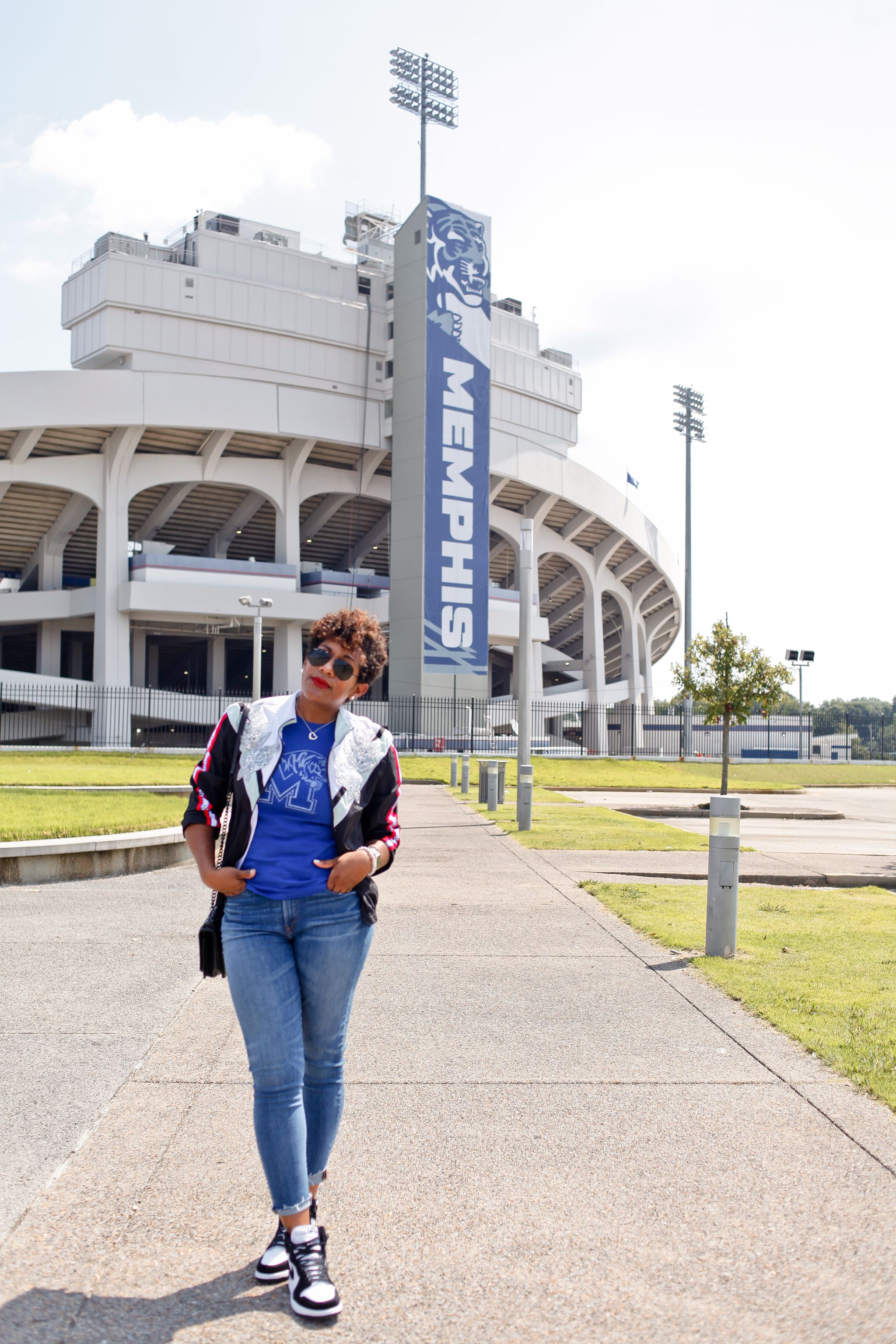 Ahhhh! September is here and you know what that means ladies! Football!! I know you thought I would probably be pumped about fall fashion.  I kinda am, but just go with me for a second.  Some women dread this time of year because from September to February, our men don’t belong to us anymore.  They belong to their favorite team and some of you get so annoyed about the weekends being taken up by this leather ball and the men who play with it.  I love sports (so I’m not the one fussing) and football season is super exciting to me. From watching on TV to being in the stadium (domes only after October). I’ve even found a love for tailgating!  Listen Linda! Stop questioning why he loves it or why it’s important.  It just is.  They love it like we love shoes, purse, and shopping.  It’s a past time.  So, I say, why get mad when you can join him.  Hear me out.

We are always nagging them about doing things we want to do, i.e. the latest rom-com, the theatre, or any other thing that he’s not really interested in.  But doesn’t that work both ways?? The art of compromise is one of the keys to any marriage/relationship.  You can’t expect what you aren’t willing to give.  So, let’s give him some football QT.  Sure, most times, he’ll probably hang with the fellas and watch the game, but there will be times when he will just chill on the sofa at home.  Every once in while, join him!  But wait, there are a few rules of engagement that will need to be followed. 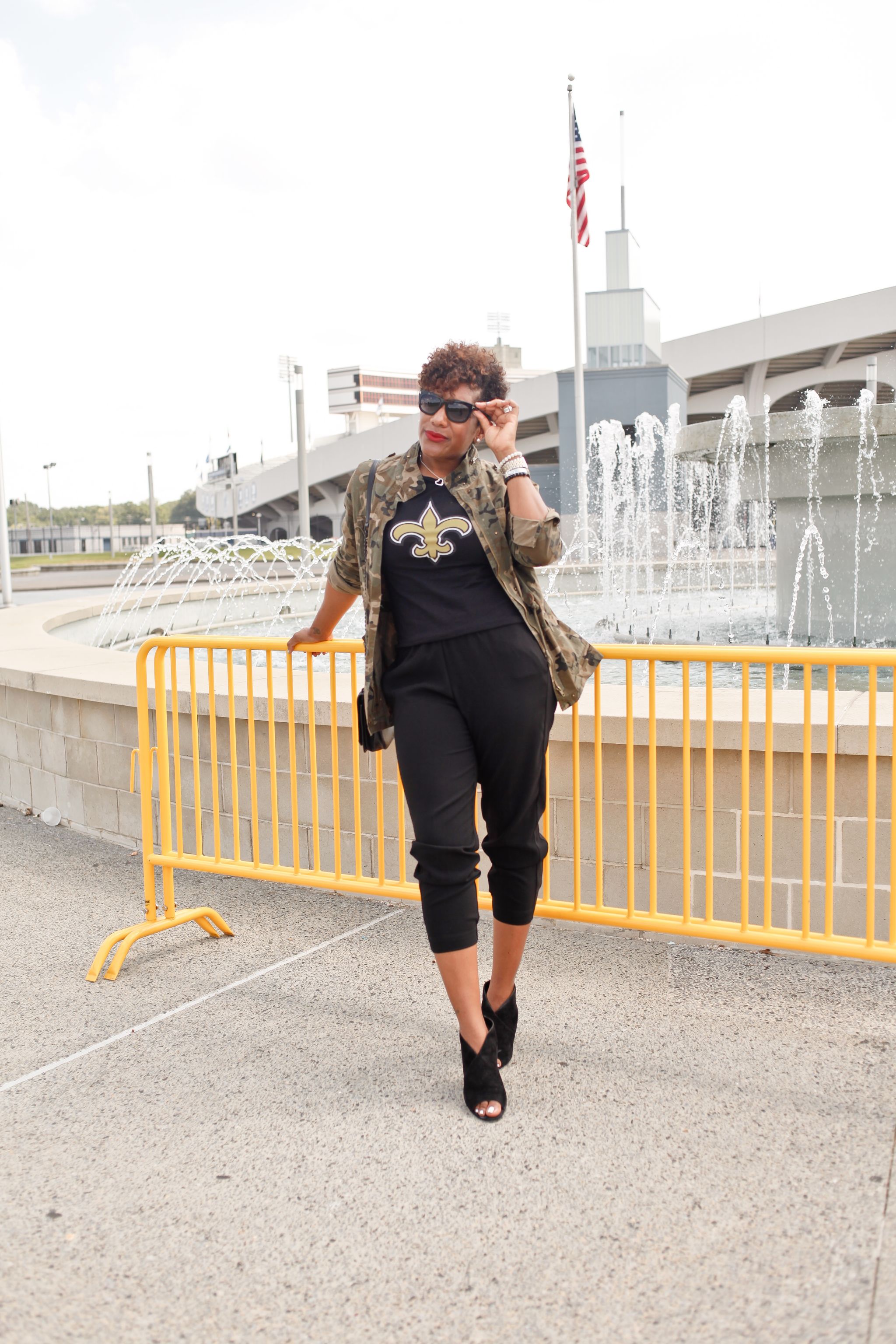 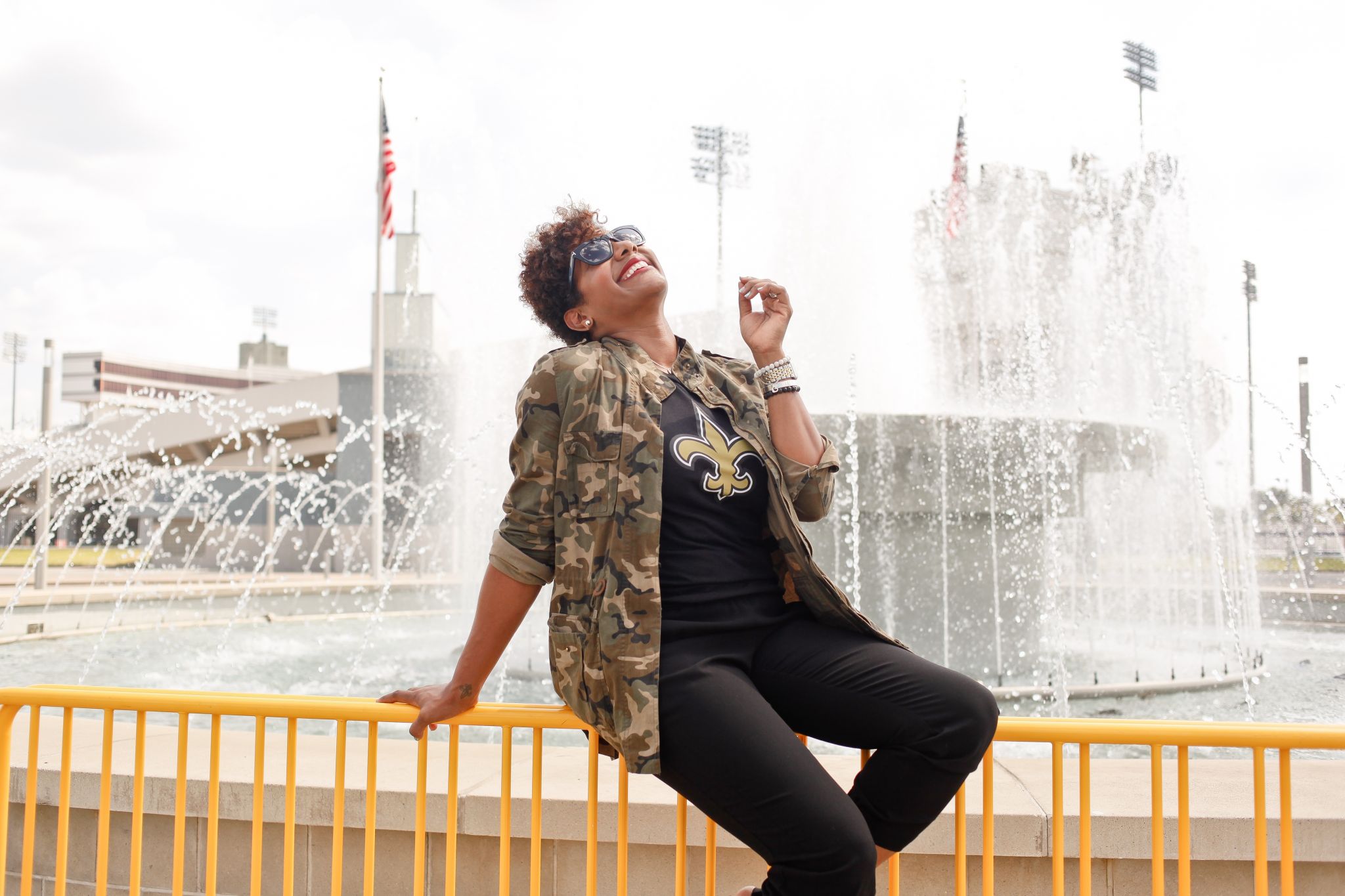 First of all, act interested.  Quality time means just that.  Not on your phone or preoccupied with other things.  Be present.  Second, don’t sit there all clueless asking a bunch of questions. From my research, this is a major DON’T! And there is obviously a fine line between asking questions and asking TOO MANY questions. So, know a little something and let him fill in a few blanks.  Don’t worry.  I got you.  Grab a notepad mama. Here are the basics:

Side note : there are many other positions and rules, but these are just a few basics.  Questions like, “Why are they doing that?” or “What does that mean?” are off limits too. 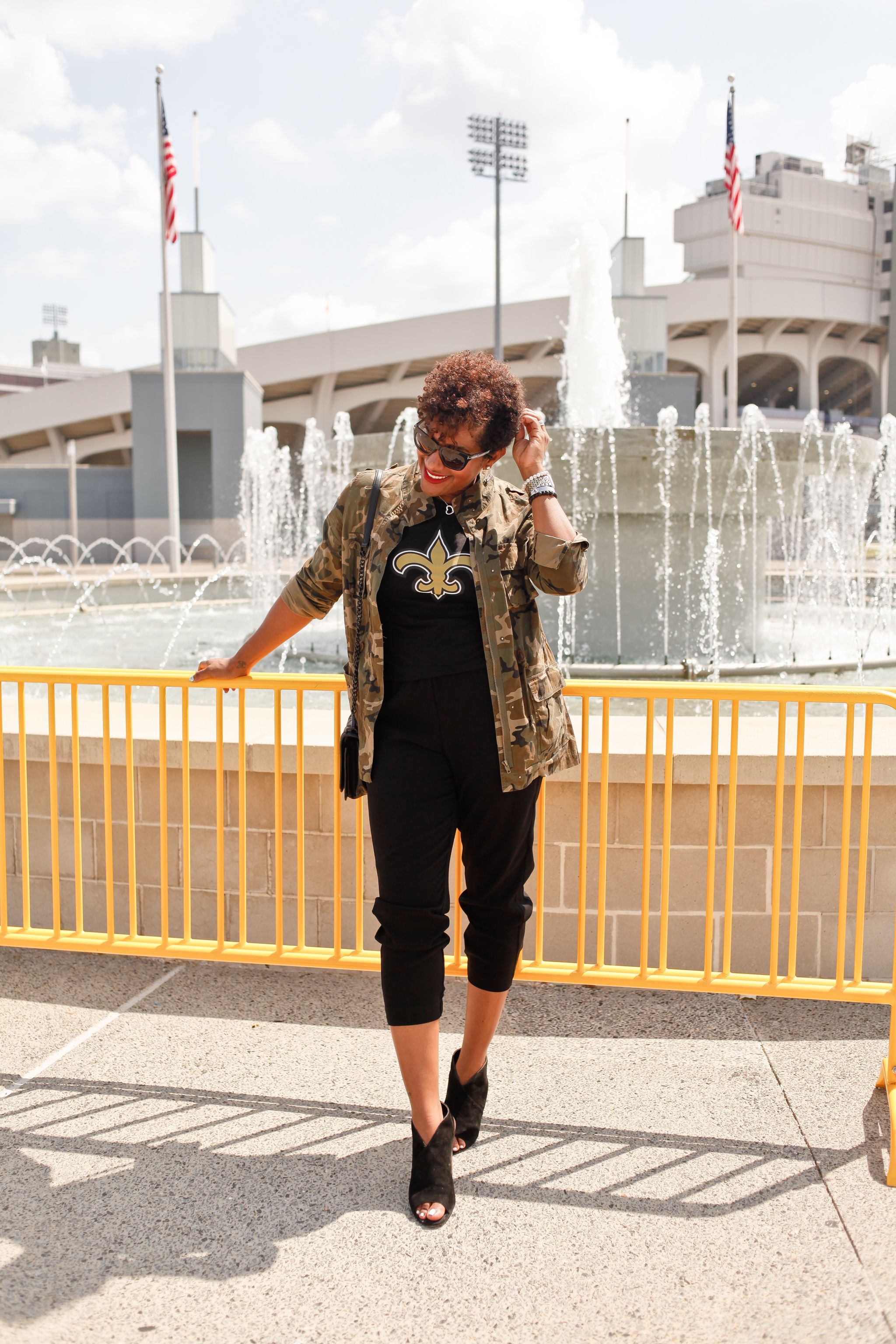 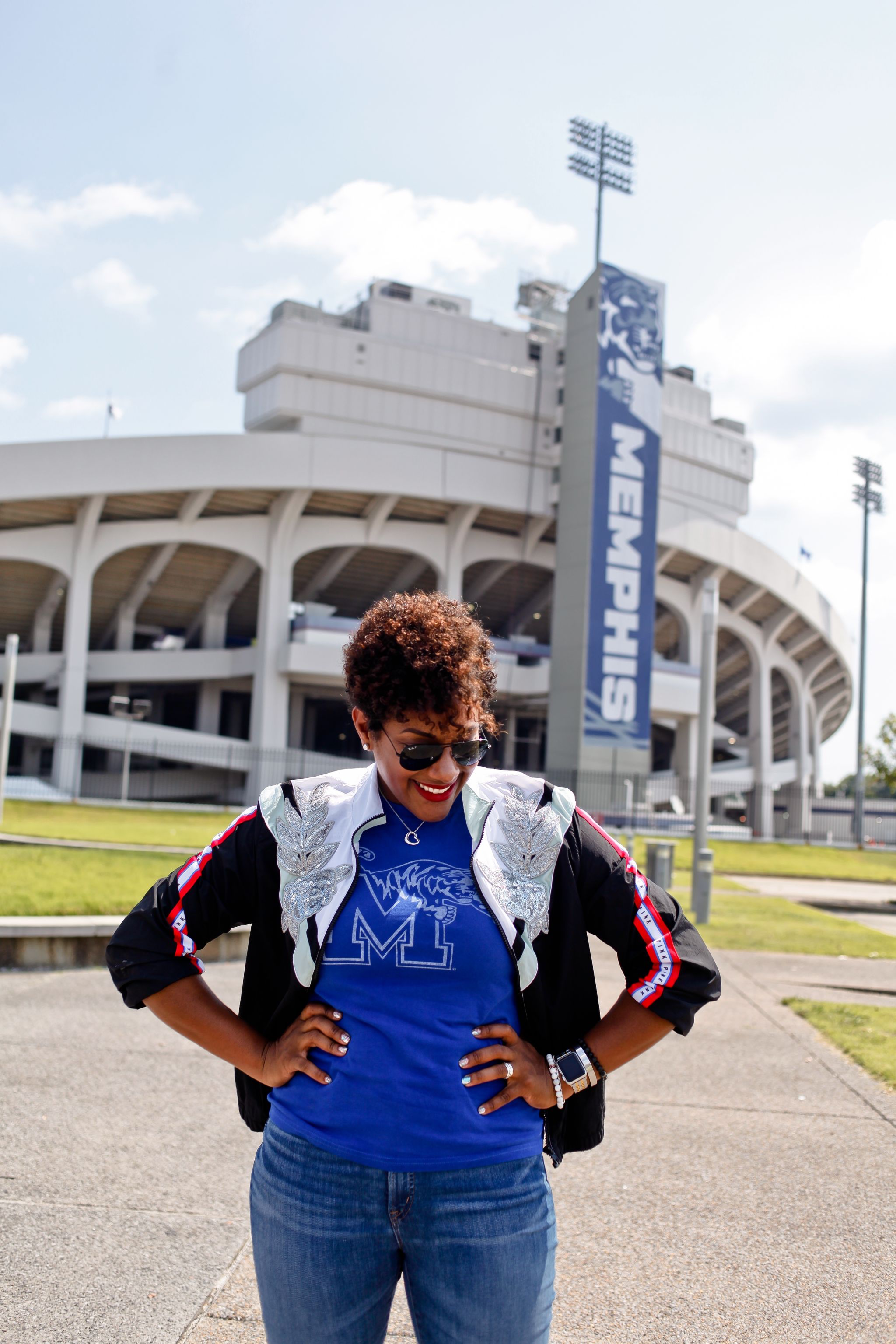 Now you’re ready! Whether you’re in the living room, a watch party, or at the stadium, you can actually enjoy spending time with your man.  Who knows, you might even have fun! Looking the part is an added bonus.  You can support his (or your) fave team in a stylish way, and participate in halftime at home by refreshing his favorite beverage and/or making sure that rotel dip is hot and ready! Not only will he enjoy the QT, but it’ll make him feel nice too.  It’s an easy date day or night in.  You’re welcome! 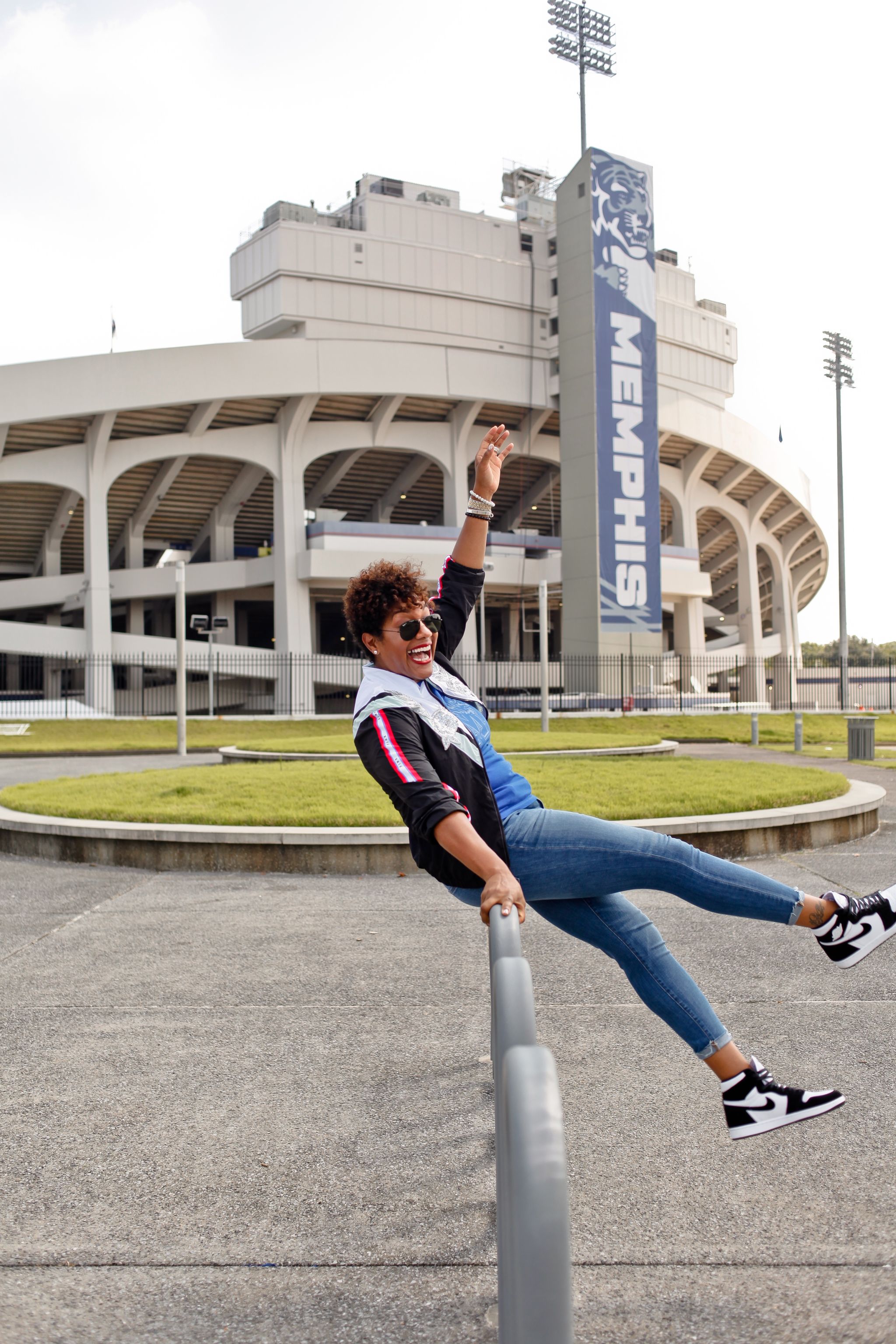 According to Q, football season doesn’t have to be a total wash! If you don’t enjoy the sport, take a moment to learn a few basics and spend some QT with your man girl! If nothing else, admire the hard bodies, cute faces, and entertaining commentary. Psst, just don’t comment on how fine they are. I’ve been told that’s a no-no too. Just keep it in your thoughts sis!

Do you think you’ll be joining your man this football season?