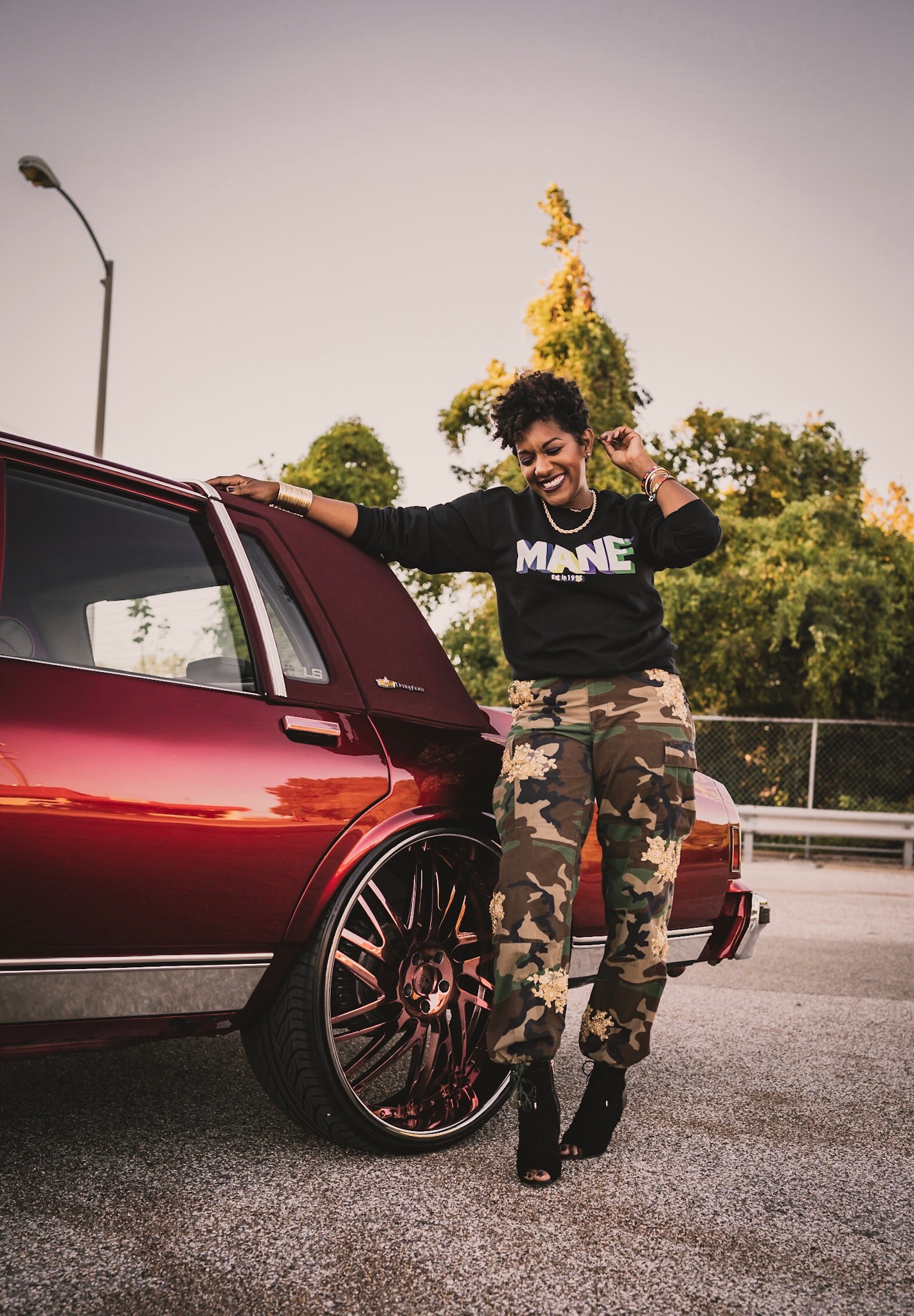 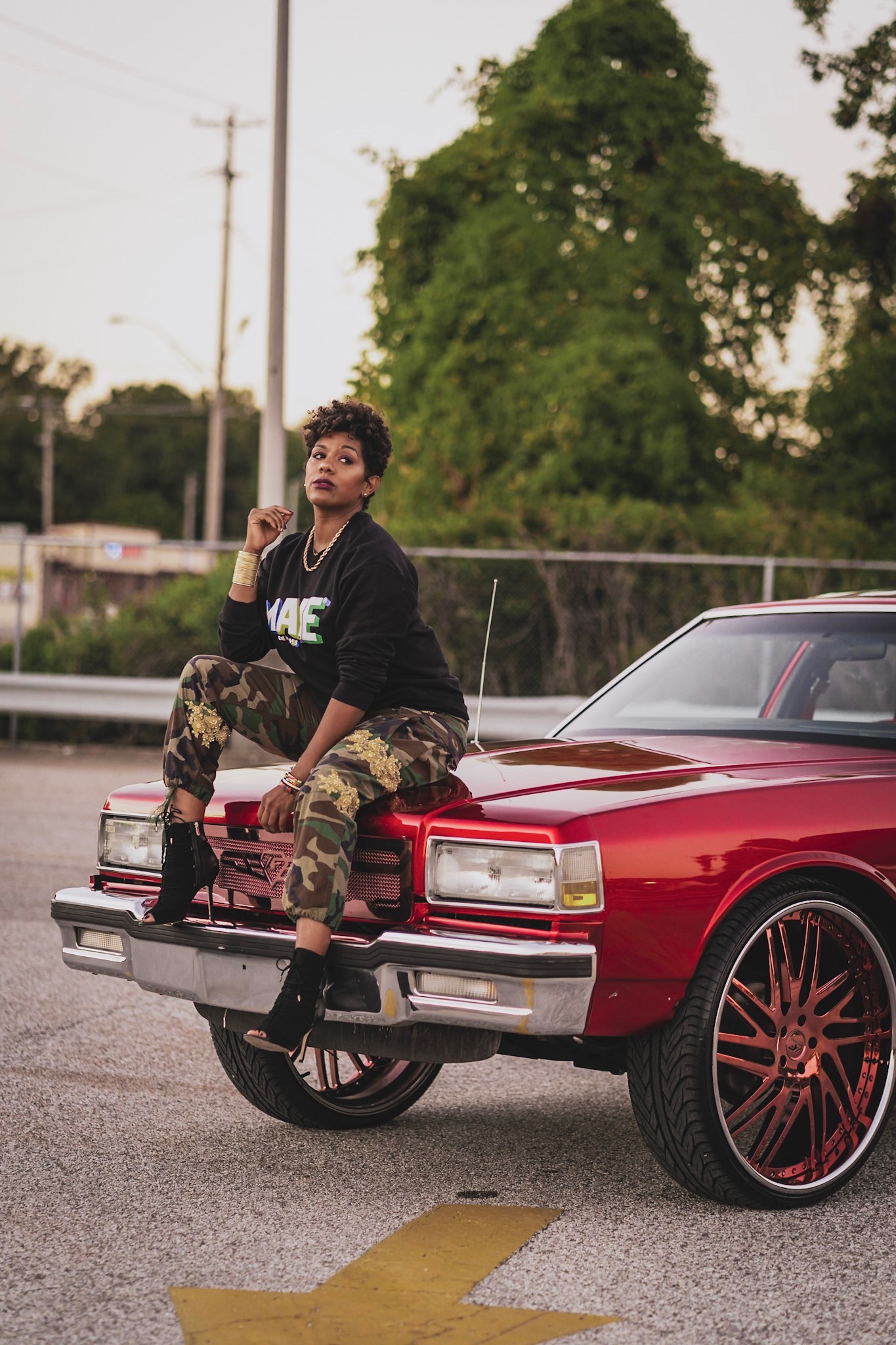 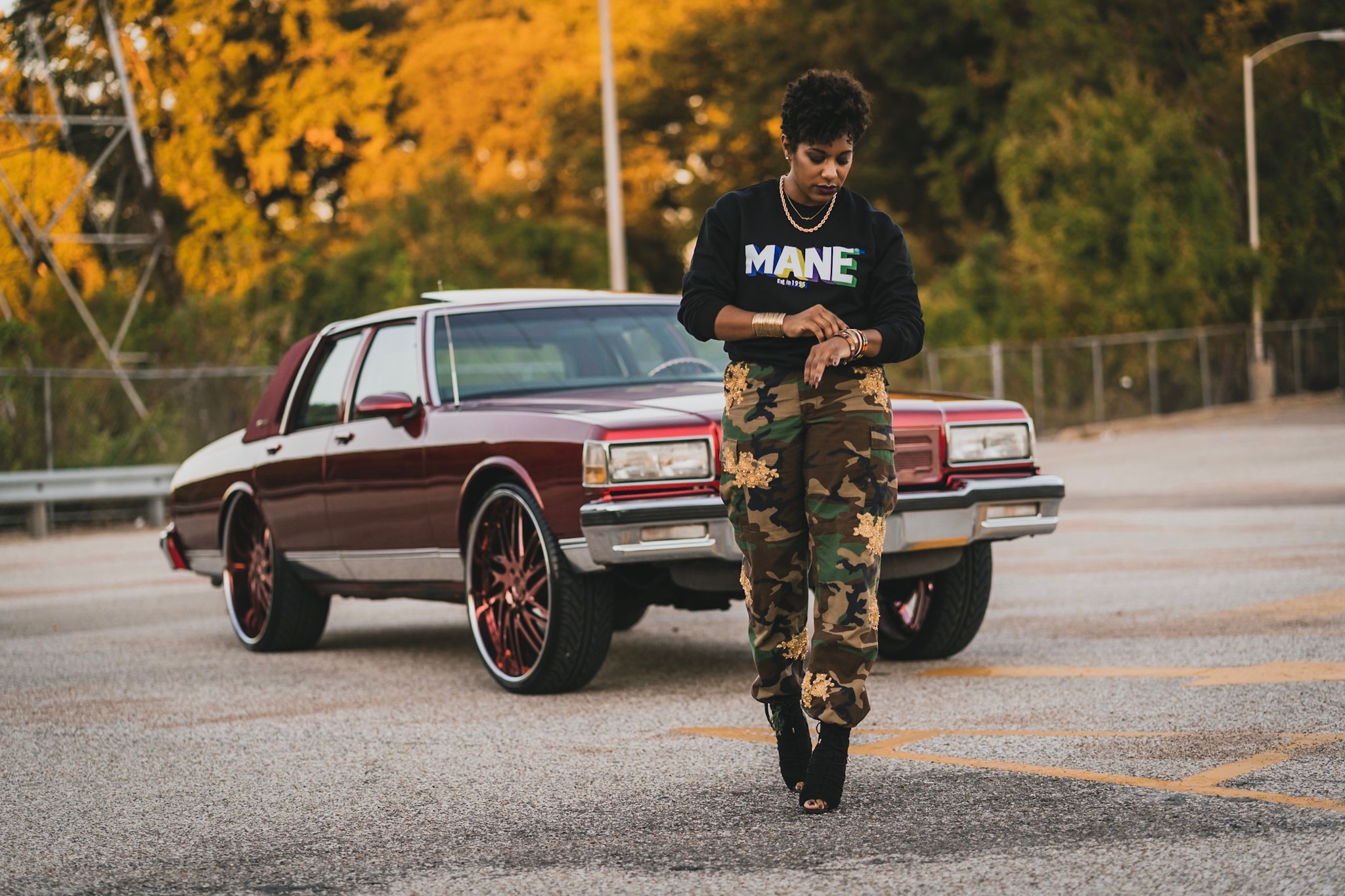 My last blog post (read it HERE) was all about the #OwningTheBlock event and my experience, including all of the nuggets I received while attending.  One very good word from Karleen and Myleik that I left out was, when you have a product or business that you are trying to take to the next level, you can’t own any worldwide blocks unless you own the blocks in your city.  So, ask yourself, how well does your city know you??? In Memphis, the rapper Yo Gotti is a great example.  He was very well known in the city before the radio stations in NYC or Texas were playing his music. Our fave coach, Anfernee Hardaway is another.  Phillip Ashley chocolates is another.  The list could probably go on and on, but there is one more who is really starting to own these Memphis streets (and ultimately the block), Elliot Sayles & his Mane T-shirt company.

While other cities say MAN, Memphis says MANE and Elliot and his company have taken this concept and created something amazing.  His mission is to reveal to the world the fun, colorful style, images and linguistic terms Memphis has to offer. How do I know he’s on his way to owning the block??  He just got his first Mane product with the University of Memphis officially licensed by the NCAA!! That’s pretty major, so when he sent me this sweatshirt, I knew I wanted to do something dope with it!  I called my buddy Michael Butler and we put our heads together and I absolutely love the result.  Styling aside, We wanted some really cool elements of Memphis but not the tourist-y Memphis. And what’s more Memphis than a candy-painted Chevy, grills/gold teeth (shoutout to 8Ball and MJG), and of course, Mane.  I was not doing a Jheri curl though! LOL! We created some magic!! 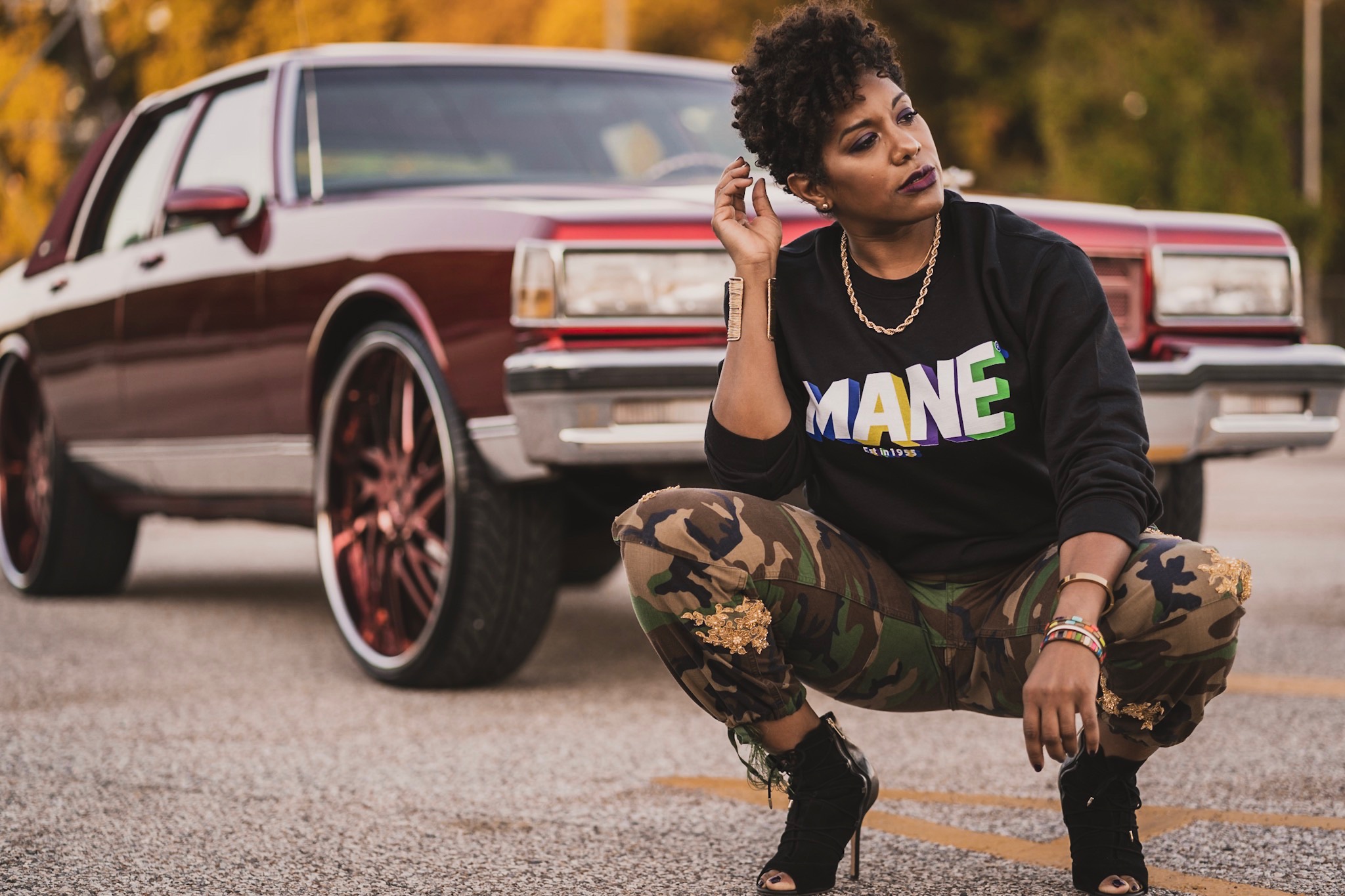 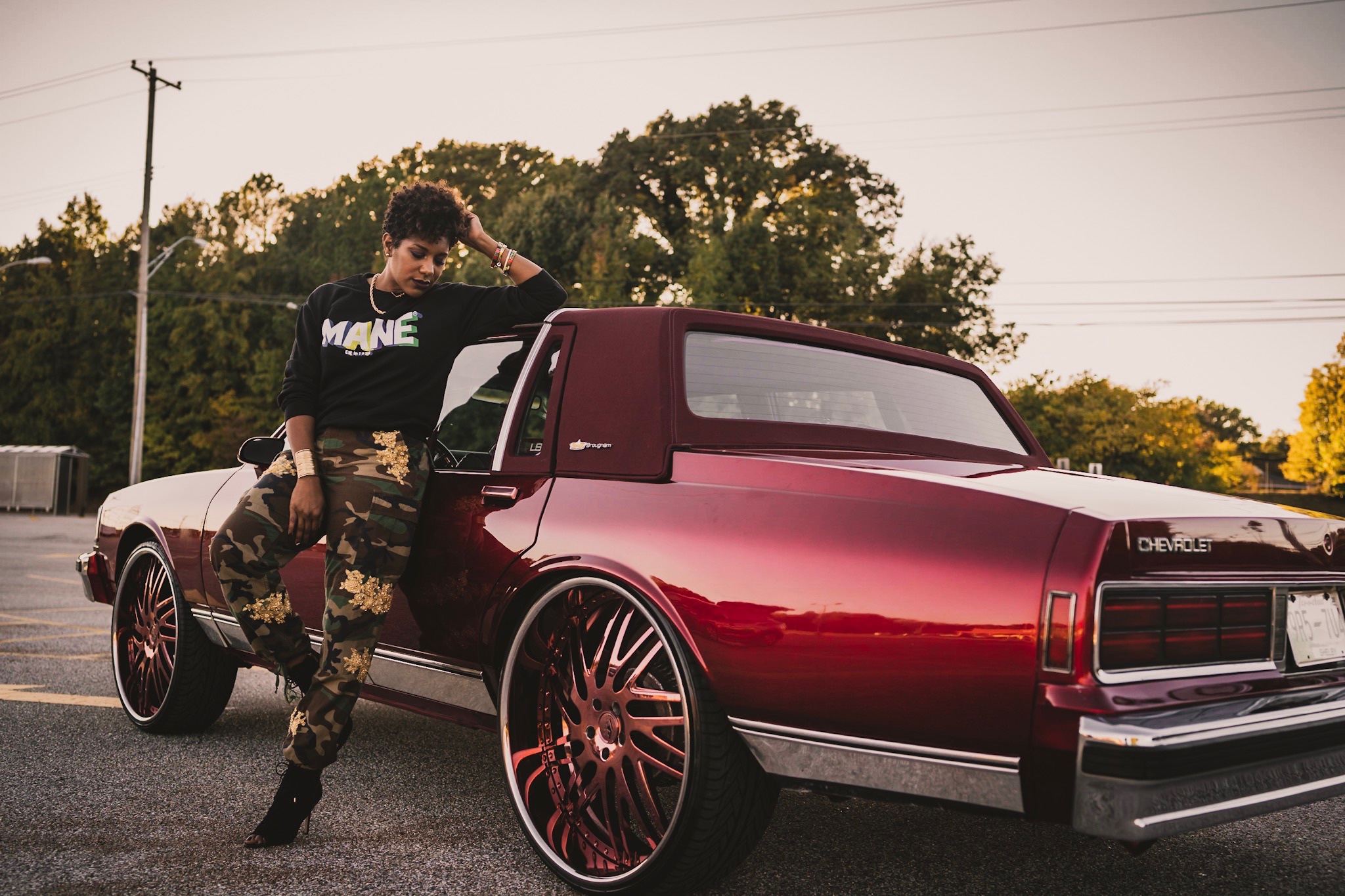 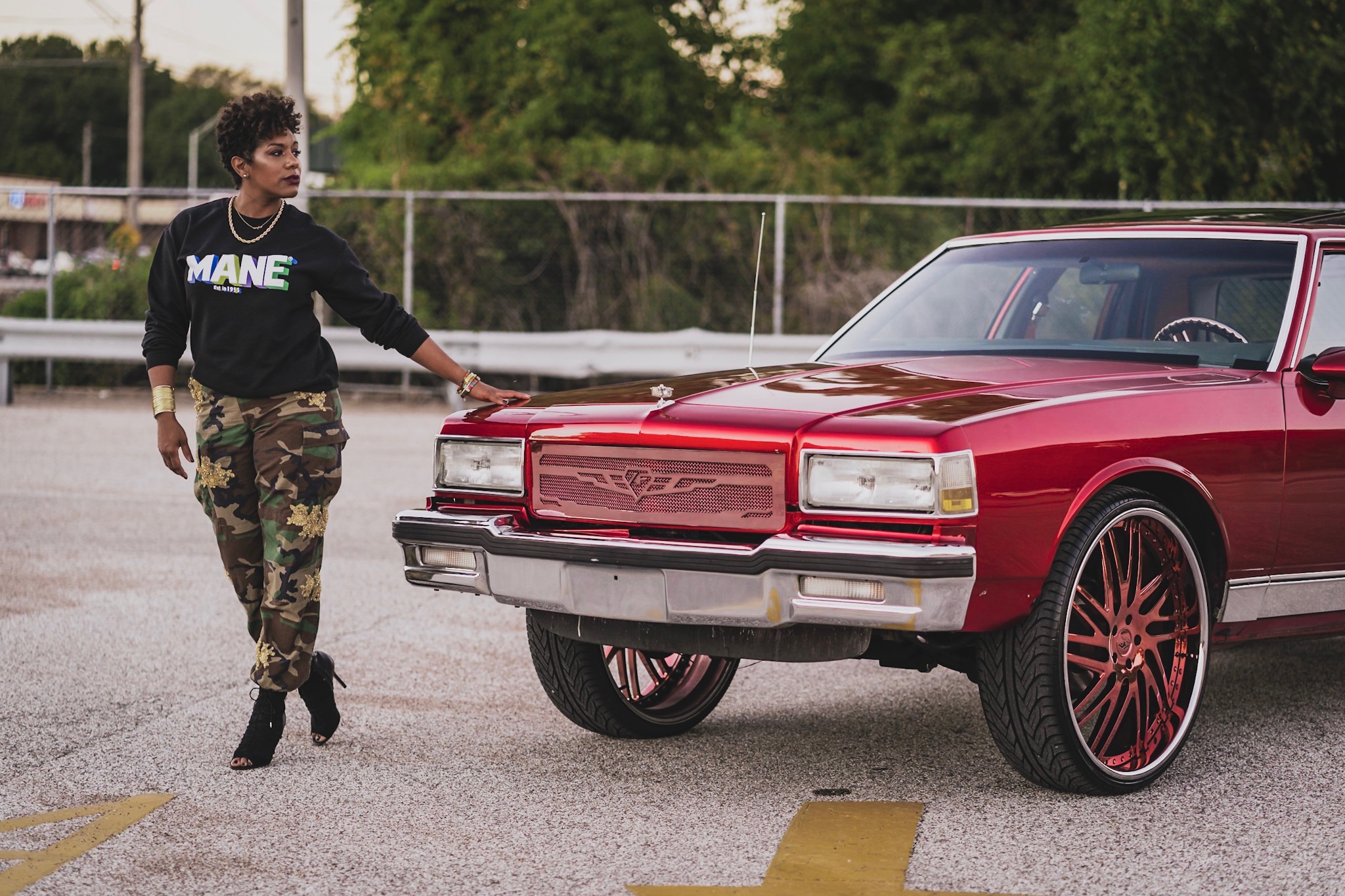 Now, let’s talk styling. When Andrea of Denim by LLA posted these custom camo pants on IG, they made my mouth water.  As soon as she posted them, I hit her up asking about these one of a kind beauties. I started calling them haute couture camo. I mean, the lace appliqué, pearls, and sequin are hand sewn! That girl good, right?!? I added the peep toe booties, gold accessories, and wanted to pick up with purple and green with my makeup.  LISSEN! Y’all can’t tell me nothing after this shoot! 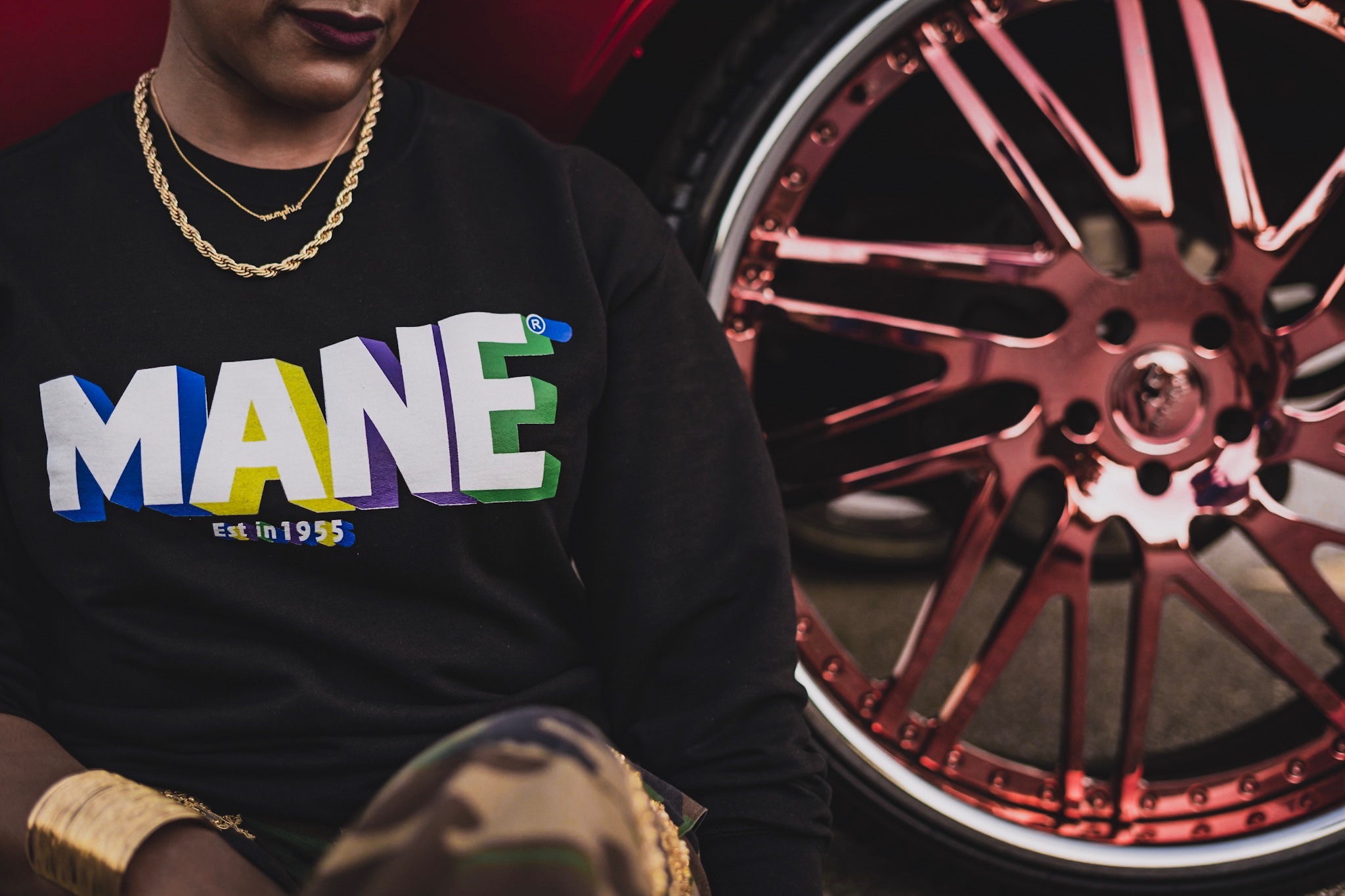 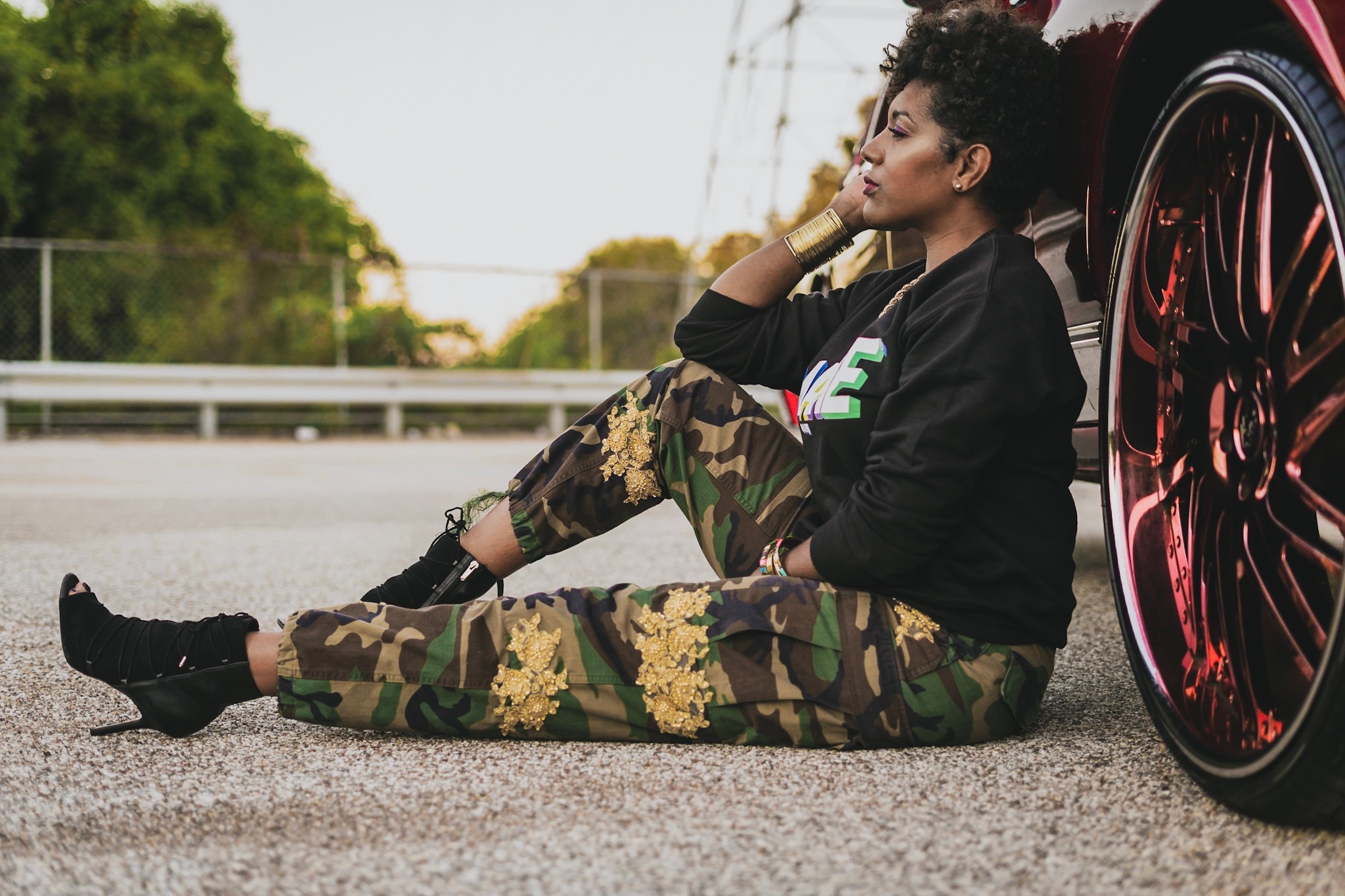 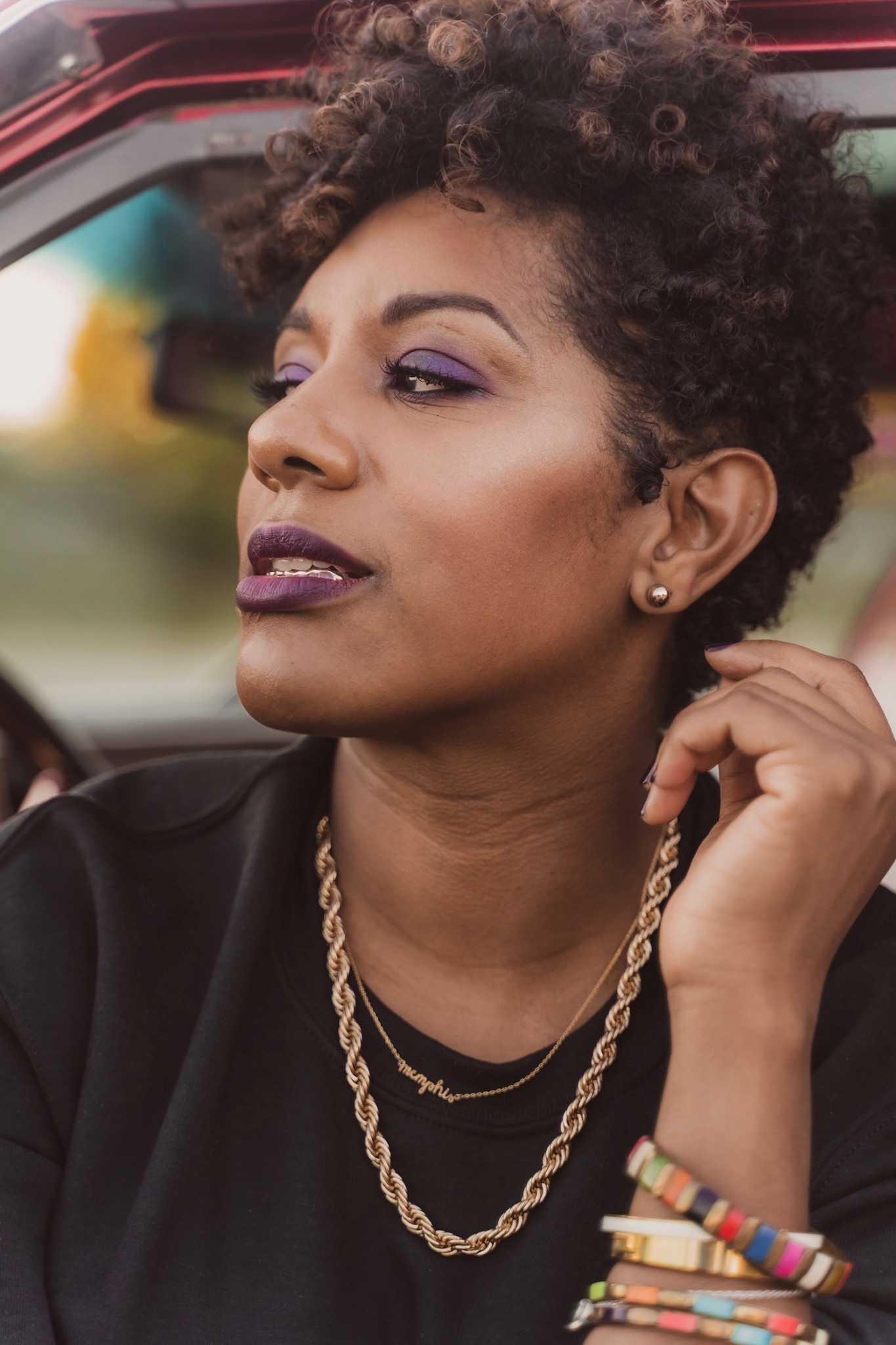 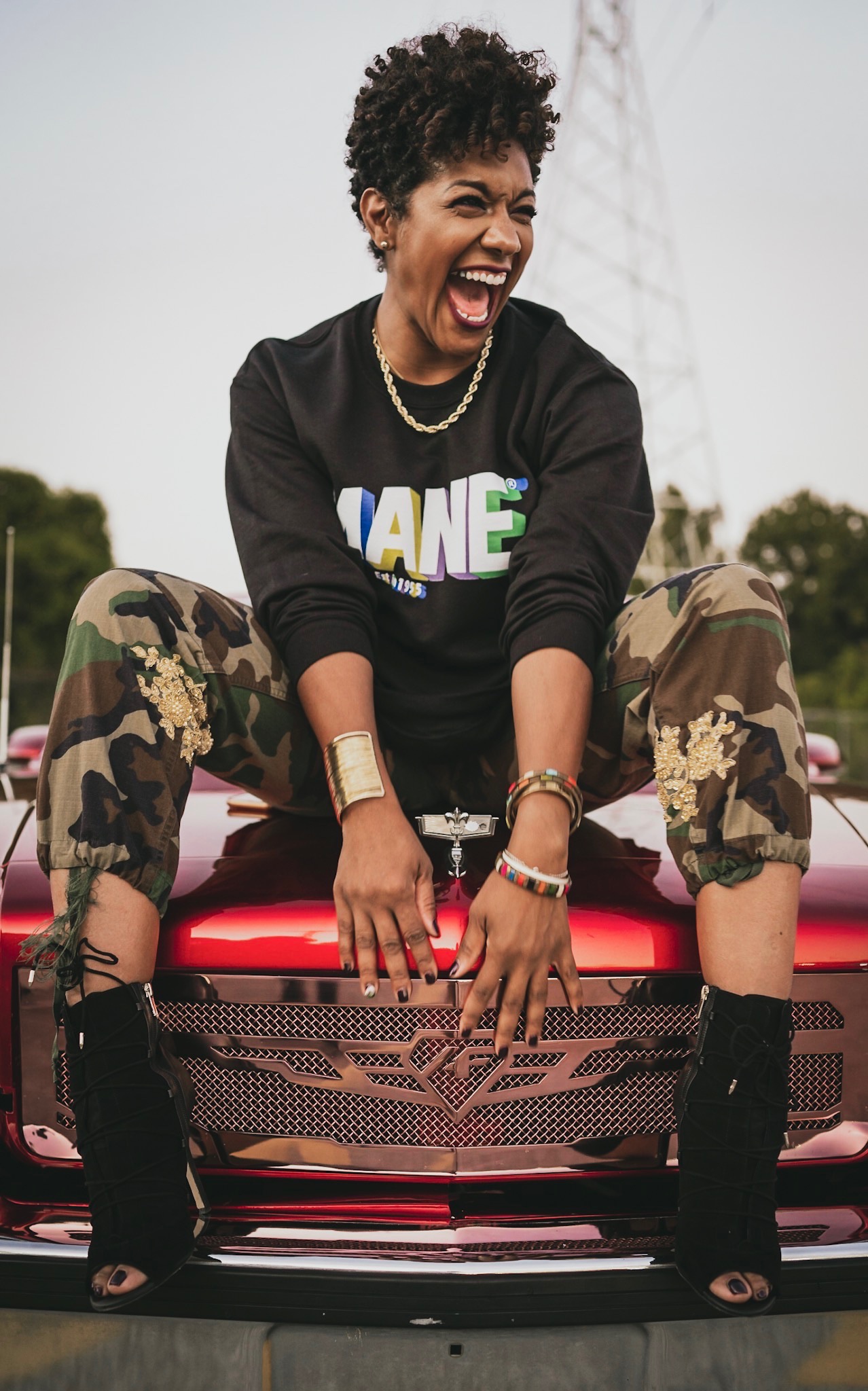 According to Q, wherever you are in the world, if you hear someone say, “MANE”, chances are they are from MEMPHIS, TN. It’s a Memphis thang, and hopefully now you understand.   Check out the website (ManeTshirts.com) so you can own a piece of memphis wherever you go or live.